mystery aboard the hls mandrake 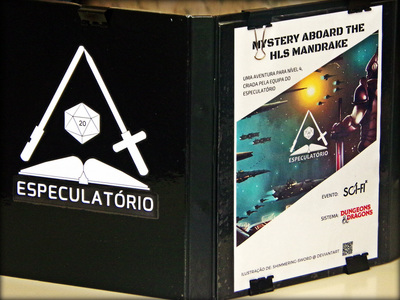 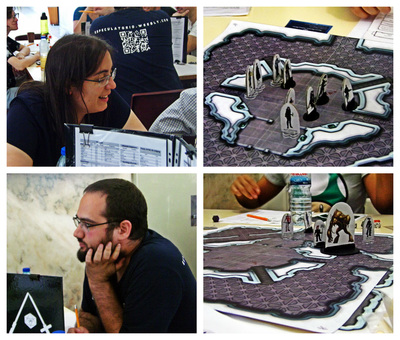 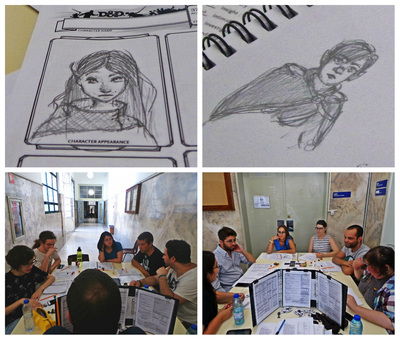 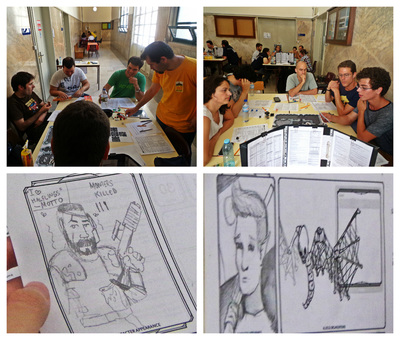 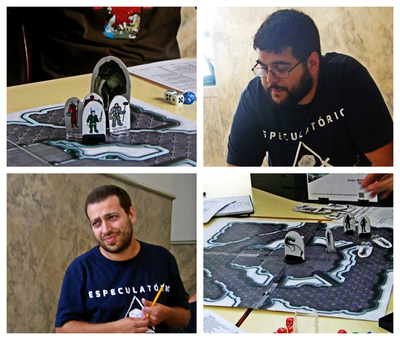 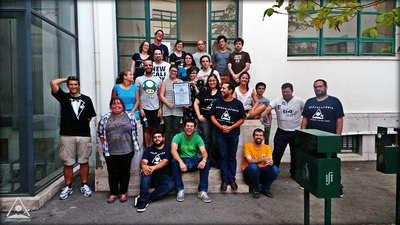 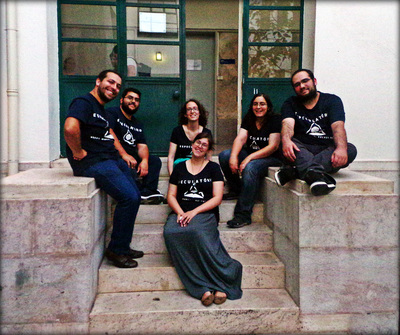 Everything was ready for another Especulatório adventure, this time at Sci-Fi Lx 2016.
Four teams – Alpha, Bravo, Charlie and Delta – were called upon to explore the mysteries aboard the HLS Mandrake.
Once again the Especulatório team facilitated a session of Dungeons and Dragons (5th edition), with four Dungeon Masters (DMs) and four game tables, where the participants had to work together to investigate this suspicious ship and solve the mystery surrounding it.

But let us step back a bit: where did the HLS Mandrake come from? What kind of world is this?
Homeland was a luxurious world, filled with natural riches and with a society composed by elves, dwarves, humans, orcs and so many other species. But with the beginning of a great war, where difficult choices were made and new spells were tested without a thought to its consequences, Homeland began to die, losing its strength and magic.
When the sun turned purple, a truce had to be found and an unstable peace returned. With the change in the sun, the radiation levels became unbearable, forcing everyone to work together to create an enormous fleet that could take them away from Homeland and its deadly sun – and so Abscond was born.

And it was here that the Especulatório adventurers came into play.
A ship that had been lost in the early flight from Homeland is returning to the central fleet – the HLS Mandrake. A team was sent to explore but soon stopped responding, having only left a single message: “EVERYTHING. IS. OKAY”.
It fell to the four teams of participants to investigate the mysteries that inhabited this silent ship, adrift in the dark universe for a long time, all for the good of Abscond!

This adventure had each team search a different part of the ship once they arrived at the HLS Mandrake, with a specific goal – the Alpha team was in charge of recuperating information from the ship’s central computer about the path followed by the Mandrake since it left Homeland; the Bravo team went to the engineering section in order to try and recover an ultra secret chip, designed to enable quantum jumps in hyperspace; the Charlie team had the task to acquire all the information about hydroponic plants as well as any living specimen still aboard; and lastly, the Delta team was prepared to operate the ship’s self destruct system, in case the dangers were such that the HLS Mandrake could not be saved and had to be destroyed before it reached the fleet.

That maps used, by Kristian Richards, were the perfect base for the multiple challenges we threw at the different teams.
Each team identified the team captain, who received a communication device (in reality an access to an online group chat) in order to be able to communicate with the other captains, to share warnings and status reports.

Once again we had a full house, with 20 participants, from new players to more experienced ones, including several artists that had fun drawing their own characters.
All the teams, event those formed by participants who didn’t know each other before the event, were able to establish a great team spirit, with fantastic dynamics between them and constant stat reports circulating.
This team spirit was tested when one of the teams activated the ship’s self destruct system, leaving less than 45 minutes for all adventurers to reach the elevator and leave the ship behind, or else see the explosion of the HLS Mandrake from way too close.
With an atmosphere of great pressure, the teams stood by each other, trying to overcome the four challenges of the elevator room, with some defeating new monsters and other trying to trigger the elevator itself – the only way out. With 10 minutes until the explosion, the chaos was overwhelming but many participants were able to climb to safety… unfortunately not all were able to survive (we salute you!).

We take this opportunity to thank all players for their willingness to get to know this world, coming with us on this adventure.
And we thank everyone who was kind enough to leave us their comments, either at the end of the event or through our final questionnaire. We recognise we still have a long way to go, we understand that not everything was perfect, that there were times with nothing to do for some teams and too much complexity for others. But thank you for valuing our efforts, our playfulness, our will to permit you to be inside this reality as much as possible.

On the other hand, we want to thank the Sci-Fi Lx organisers for their openness to receive us. We will be present at the next edition, for sure!
We are proud of another challenge fulfilled and of another opportunity to present our project.
Banner Imagem: Shimmering-Sword

Soon...
back to events